Spawned from a multi-generational entrepreneurial family. 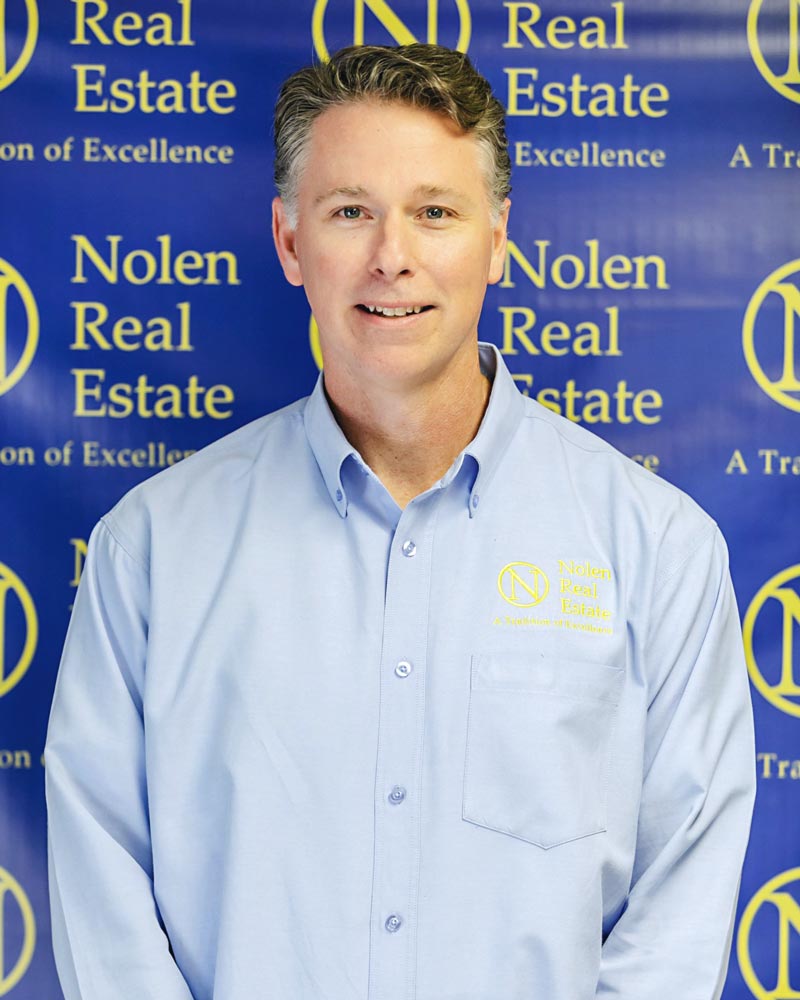 Thomas Nolen’s father, Jim, began his real estate career in the mid to late seventies with Falling River Realty, one of the first real estate companies in Appomattox. He then went on to create an ERA franchise, Jim Nolen Real Estate Company, with fantastic training and amazing folks, which included Thomas’s Mom, Paige.

Paige became one of the top ERA agents in the state and a real estate expert in her own right for many years. During this time period, Thomas was ‘behind the scenes’ scraping and painting signs as well as performing lawn maintenance of properties (he was an early teenager).

After selling the company in the early nineties, Jim and Paige worked for a short period under C21 locally, where Thomas’s sister Ann joined them as a licensed agent. A few years later, Thomas graduated from college, became licensed, and the four of them started a United Country franchise of Jim Nolen Real Estate in 1998.

Paige retired as a full time ‘Memaw’ and Thomas, Ann, and Jim grew a fantastic business of serving and helping folks with their real estate needs.

Nolen Real Estate is a culmination of hard work, determination, integrity, experience, and a giving mentality based on the Golden Rule: all core values of Jim and Paige Nolen.

After Jim passed away and Thomas had 20 years of Real Estate experience under his belt, he had a vision for a new brokerage and opened his own independent office to continue serving the great folks in Central Virginia.

We continue this journey and train leaders inside our office with those amazing values in mind.

My hobbies include hunting with my son and daughter, kayaking, mountain biking, whitewater rafting, coaching my daughter in basketball, and spending quality time with my wife.

“I’m so optimistic I’d go after Moby Dick in a row boat and take the tarter sauce with me.”
Zig Ziglar
“Be true to yourself, help others, make each day your masterpiece, make friendship a fine art, drink deeply from good books especially the Bible, build a shelter against a rainy day, give thanks for your blessings and pray for guidance every day.”
John Wooden
“Be more concerned with your character than your reputation, because your character is what you really are, while your reputation is merely what others think you are.”
John Wooden

I began my real estate career at the age of 25. I have a strong passion for helping people obtain the American Dream of owning a home. I am a member at Providence Church in Lynchburg. I love spending my time with my beautiful wife and children.

“Never give in except to convictions of honor and good sense.”
Winston Churchill
“If you really want to do something, you’ll find a way. If not, you’ll find an excuse.”
Jim Rohn
“I find that the harder I work, the more luck I seem to have.”
Thomas Jefferson

Raised in Appomattox, I have a deep connection to the community. As a third generation consulting forester educated at Virginia Tech, I offer a robust ecologic and economic perspective for any land or residential real estate needs.

I grew up in Illinois and moved to Virginia to attend Liberty University. I fell in love with Virginia and have been here ever since. I love spending time with family and friends, hiking, reading a book outside and, of course, shopping.

“Our greatest fear should not be of failure, but of succeeding at things in life that don't really matter.”
Francis Chan
1 +
Years in Central Virginia
1 +
Happy Clients
1000 +
Days Loving Life in Real Estate
 5/5

See why our clients come back again and again...

Thomas Nolen was very helpful while I was looking to purchase some land while still living hours away from Appomattox. He gladly visited the property that I was interested in and took several high-quality videos that he was able to share with me via YouTube. Thomas and his team were very professional and good communicators. I really appreciate the service and support that they provided for me during my property search.

Thomas sold our house for us in 2017. He took the time to walk us through all the steps and made it a painless process. If we buy again, it will be through Thomas.

Excellent knowledge of area, located several houses which met my criteria perfectly including price, space and location. Have me honest feedback and guidance when I had a question. Obviously was mainly concerned about me and my family's needs, we wer not just another sale.

I'm so glad we chose Nolen Real Estate! Thomas helped us negotiate to get the home we wanted and was able to sell our house in less than two weeks! He and his assistant were able to answer any questions we had and replied extremely quickly. They made the selling and buying process much easier and we highly recommend them!

My wife and I are in the process of buying a duplex using Nolen Real Estate. Thomas and Drew found us an incredible deal and have been making the whole process SO easy for us. Their expertise and honesty combine to make an experience where we can be confident we're getting taken care of. I highly recommend them for anyone looking for real estate services.

We just recently purchased our first home. Drew was very responsive and helpful in finding the perfect home for our family. He thoroughly explained each step of the process and fully answered any questions we had. He also coordinated inspections and other appointments, which was a huge help during all the craziness of moving! We will definitely be using Drew again in the future!

Since we are not near by, Nolen Real Estate provided us with an excellent referral for an agent in our area. Thank you!

What's My Home Worth?

A Tradition of Excellence

Menu
What's My Home Worth?